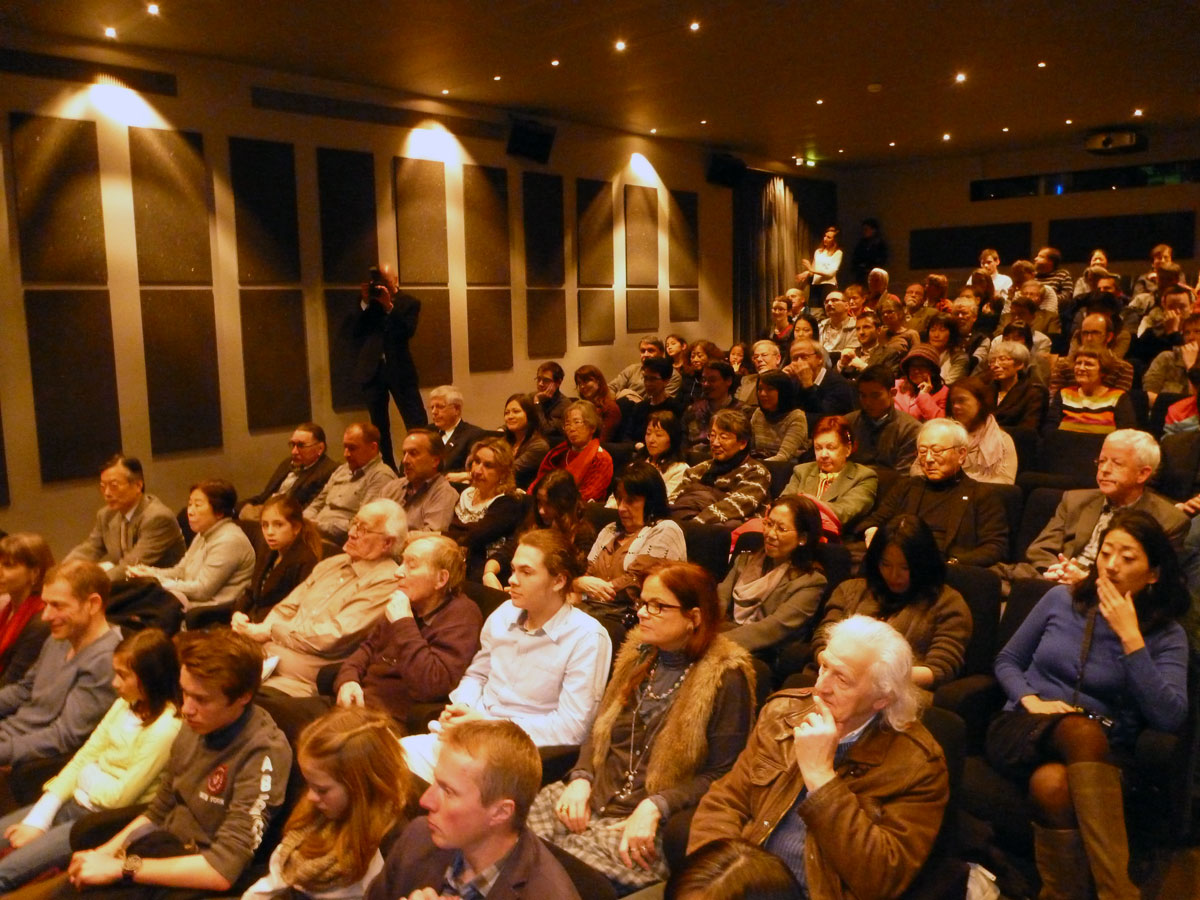 The audience at the premiere screening in Bern

The Japanese Embassy hosted the Bern-Premiere of “Negative: Nothing” on February 17, 2013. The theater Kino Kunstmuseum was packed to the last seat with 119 guests.

It was our second screening this year and at the same time it was the opening for the “Rebuilding for a Better Tomorrow” screening series to commemorate the 2 year anniversary of the tragedy in Japan on March 11, 2011.

It was an honor for us as filmmakers to receive this opportunity to formally present “Negative: Nothing” as the opening film.  The audience could not have been more diverse: Young, old, multi-lingual and international.  They were able to re-experience Thomas Köhler’s inspiring walk across Japan on foot.  The screening was followed by a very emotional Q&A.

It has been 14 months since Thomas Koehler reached his goal at Cape Sata – the Southern tip of Japan’s island Kyushu.  Thanks to “Negative: Nothing”, the inspiring journey of this humble Swiss man will live on on the screen and in the minds of the people.

It means a lot to us to see how this uplifting and universal message of Thomas Koehler continues to live on in our documentary and in the meantime is spreading well beyond the Japan community.

Q&A after the Film

In Switzerland and Japan

After 9 screenings in Switzerland and Japan the film has already been seen by over 2,000 people in movie theaters and it seems the word keeps spreading as the remaining February screenings in Zurich and Bern are also sold out.

In March we will be screening “Negative: Nothing” in both Japan and Switzerland:  On March 11 in Thomas’ hometown Winterthur.  We will also again travel to Japan to personally present the film on 4 screenings in Tokyo.  In April we will be back for more screenings in Zurich, Bern and for the first time also in St. Gallen and Basel.

We would like to take this opportunity and send out a big THANK YOU to everyone who supported our independent film.  Your ticket purchase and your micro-sponsorship payments through our website keep this project alive and allow us to personally present this documentary and continue to inspire people with it.

A letter of recommendation from the UN-Ambassador

After the screening in Bern, the Japanese Embassy handed us a personal letter from Mr. Kazuyoshi Umemoto, the former Japanese Ambassador in Switzerland and the upcoming Deputy UN-Ambassador in New York.  Here is a little excerpt:

«I strongly recommend ‹Negative: Nothing› and sincerely hope that as many people as possible all over the world will see this documentary depicting Mr. Köhler’s strong will and love for Japan, both of which have given courage to the Japanese people at its most difficult time.»

Thank you Mr. Kazuyoshi Umemoto for your warm and encouraging wishes. We are looking forward to see what else the future brings.